We disembarked the luxary bus and collected our luggage. We were dropped off on the argentinian side of the falls near the border of Brazil. We then crossed the border in a van and headed straight to the Brazilian side of the falls. We had a quick munch on some overpriced fast food near the falls then set off on a hike around the falls. I was blown away by the beauty of it all. We did a brief walk, approximately 3km or so. This took us along the side of the falls and underneath the mouth of one section. We got pretty wet so I was definately pleased I was appropriately dressed in wet weather gear. After we completed the walk and took about a million photos we headed back to the shuttle bus to make our way to the hotel. Some of us visited a bird park on the way home where we saw a variety of exotic birds.  The hotel was a little far from glamorous to put it politely. Despite this I had an entire room with 4 beds to myself. As we were now in Brazil the electricity sockets we
Post a Comment
Read more

I began this morning with a stroll through central Buenos Aires to visit the Obelisk and the BA sign along 9 de Julio, the widest road in South America. I did a little bit of shopping and exploring the cities mecca before heading back to the hotel. We met in the lobby at 6pm. We caught taxis to the bus terminal. My taxi entered what they call the "locals entrance" which was made evidently obvious by the amount of people, rubbish and the hovering odour of urine. We boarded the luxary bus after a bit of confusion with which bus we were meant to board. The bus seats reclined right back into a bed and we had plenty of room with tvs for entertainment.  Typically my seat was broken and didn't lock when I reclined it, but as long as I put most of my weight in the top of the seat when I lay down (which was the comfiest bit anyway) I was fine. I did have to take care when going to sit back up so I didnt fly my petit body across the bus like a cannonball. I slept well on the bu
Post a Comment
Read more

After a useless sleep and a 2am wake up thanks to jetlag I was pretty sleepy this morning. I attempted to sleep in to make up for the lack of sleep.  Once I decided to rise out of bed I got up and went to the main street to do some shopping. After trying on and selecting a couple of items to purchase I went to the counter only to realize you need ID in Buenos Aires to purchase anything with a card. After coming away from my shopping experience with absolutely nothing to show for it, it was time for me to head back to my hotel for orientation. I signed up for a one week tour with intrepid. I was told the group would meet at 1pm in the lobby of the hotel.  I was given a safety breifing and made aware that my group had been travelling for a few weeks together before I joined in on what was their last week. My guide then took me to a free walking tour (not exactly free as you still have to tip).  The guide took a group of around 15 tourists through all the main parts of the centr
Post a Comment
Read more

I woke up around 8am and headed down to the lobby for breakfast. I entered the breakfast room expecting to see mostly english speaking tourists. Oh how I was mistaken.  I was trying to make out who was speaking English and couldn't spot a single English speaking tourist. Day two was slow day for me. I made my way out during the morning for a brisk stroll and to take some better photos. I tried to walk all the way to Puerto Madero but was afraid to wonder to far from the hotel and get lost without internet or a map.  I thought risking it by myself, on my first full day in South America might be a bit of a bad call.   The buildings in Buenos Aires are very frenh esque looking and were very aesthetically pleasing.  I ate a burger and chips for lunch, near my hotel and watched a football match on tv inside the burger restuarant. After this I mostly strolled around the streets of Buenos Aires, taking in the South American air and absorbing the culture until I returned to my hot
Post a Comment
Read more

Buenos Dias from Buenos Aires! I arrived in Buenos Aires in the afternoon of the 10th of October. It was a gloomy day. A short stocky South American with an intrepid sign was waiting for me at the arrivals gate. He spoke very little english so it was a silent 45 minute drive to my hotel.   The roads in Buenos Aires are very busy and I doubt they fuss about a warrant of fitness over here as many cars I saw, would otherwise be illegal in New Zealand. I arrived at my hotel and entered my private room (two single beds however). I showered, changed out of my dirty plane attire and made my way outside the hotel.   The area I was in was much busier than expected and had many people yelling cambio at me, which translates to english as change or money. I walked around the surroundings of my hotel, visited Casa Rosada and had dinner at a cafe before heading back. I went to bed as soon as I returned to my hotel room at about 7:30pm, after informing my family all was ok. I was overd
Post a Comment
Read more 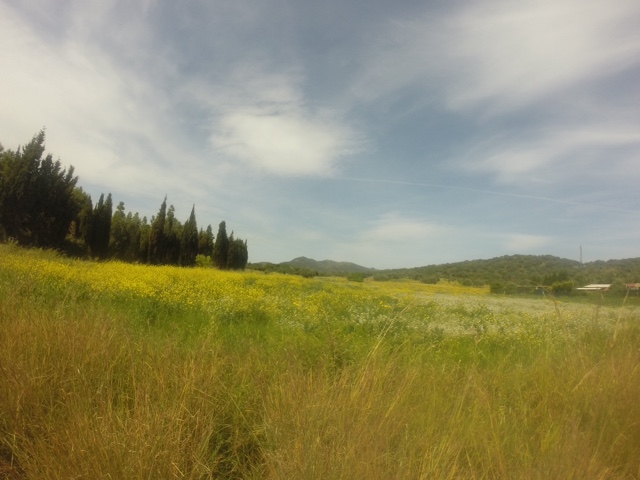 So I leave once again! I have left my humble abode I have spent the last almost 2 weeks in.  It was a sad departure as I left all the horses and the friends I have made in my short time here.  I was gifted a collage of photos durring my time there and some chocolate from my good friend Federica.  I was also gifted a jacket from my host family with their logo on which was so kind of them and will come in handy in New Zealand's rain.   I genuinely adored my stay in Sardinia and had such a fantastic time.  I loved being back with the horses and I was privileged to ride Getano a dressage horse  almost everyday.  He's gorgeous and huge.  I looked like a dot on him but it was so nice to ride a horse with such fancy movements.  I called him bambino cavallo which means baby horse in Italian as he is only young and loved to nibble on everything and was incredibly looky with everything. My time in Sardinia consisted of to much pizza for one to consume in two weeks, every flavour of gelat
Post a Comment
Read more 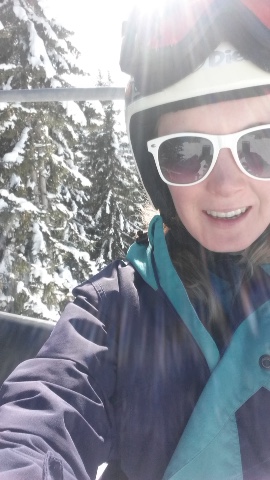 Hallo, hello, bonjourno! I write to you all whilst aboard my flight from Geneva to Olbia, Sardinia.  I left my humble abode which has embraced my presence for the last couple my months at the crack of dawn this morning.  I myself am surviving on about 10 minutes of sleep in the last 24 hours as I partied a little to hard last night, lets be honest here.  Morzine life is definitely not so easy on the liver.   It was a very sad departure as I feel as though not only has Morzine taught me to grow up and live on my own but I also experienced so many new adventures and met some amazing people in my few short months there. I can now say I am a much more seasoned skier after my time in Morzine and have grown to love the mountains and being attached to a set of skis everyday.  I do have to admit however there were definitely times where I struggled and ended up crying at the top of a mountain but I managed to pull myself through the scary slopes and always felt accomplished and proud of myself
Post a Comment
Read more
More posts